How To Create Your Own T-shirt Design

There are a lot of things to know before starting to design a t-shirt. However, you don’t have to know everything there is to it. Modern-day printing machines can print quite literally any image you throw at them. So we can forget the 4 color rules, 10 color rules, and other limitations.

After all, limitations only limit your creativity here. What we know is that t-shirts more than often have some text to them, so we need cool fonts. We also know t-shirts usually have some character, symbol or something to go along with the text. So we need to draw or design something.

How to combine those, what to write and how to place them? Hopefully in this tutorial, I can show you exactly what I did and hopefully, you can incorporate that into your doing and bring out some flashy t-shirt design(s) to the world. While we are designing t-shirt we might as well think what other products we can create from the same material we have. Let’s get started. 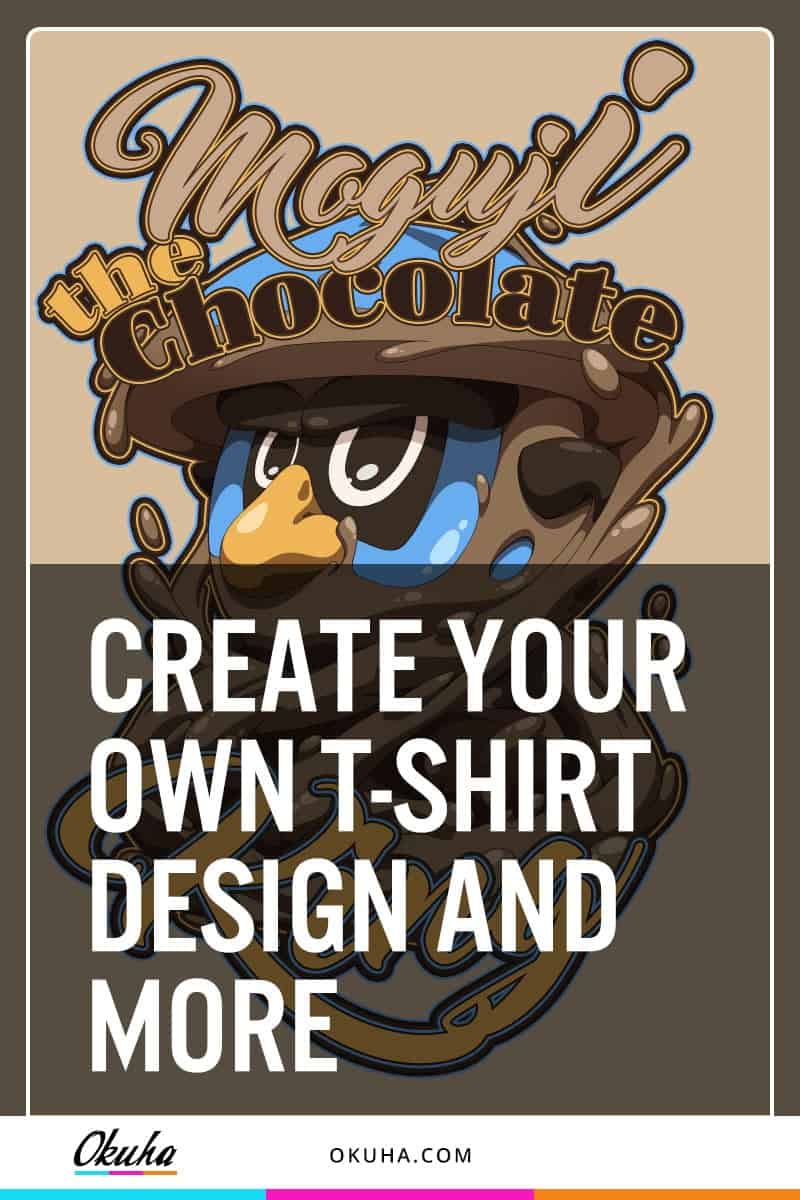 It all starts with an idea

Moguji is an original character of mine so I thought it would be nice to do something with it. Moguji was designed to be a logo for myself and it might still become one but at the time of writing, it is just a character I created. So you might want to think what kind of character or symbol you would like to place on the t-shirt you are about to create.

The symbol could be a crown of something or a silhouette of a dog or anything. If you have some cute character you have once visioned or created, use that and create a t-shirt from that. Mood and other aspects should be thought out also. Want to make it joyful, wild, mysterious. Style should also be kept in mind, want to make the design look luxurious, trashy, geometric, soft. Think those through. 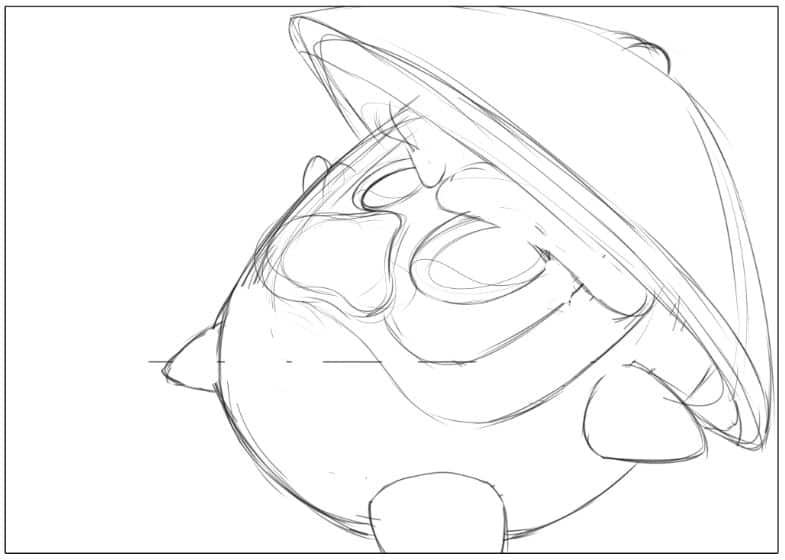 T-shirts have certain dimensions and the majority is a rectangle in shape and stretch from bottom to top. So use document dimensions that are longer in length than in width. Portrait in other words, not landscape.

Do also make the image big enough to guarantee sharp resolution on the final product. I use 600 PPI/DPI, 300 should be enough but I like to make images super sharp.

I had a base image of Moguji but it was boring as it were, so I had to come up with something that would make it look interesting. This took a couple of days before the idea of chocolate Moguji came to my mind. It just felt right and I knew I could make it look cool and interesting.

The initial thought was to create chocolate Moguji but the chocolate starting to cover Moguji was a better idea. The latter idea came after I was already done the lineart and already started to color and render the image. However if you see something works better or you want to evolve the drawing, do so.

Otherwise, it might come back to haunt you and you might always think that you should have done this or that. 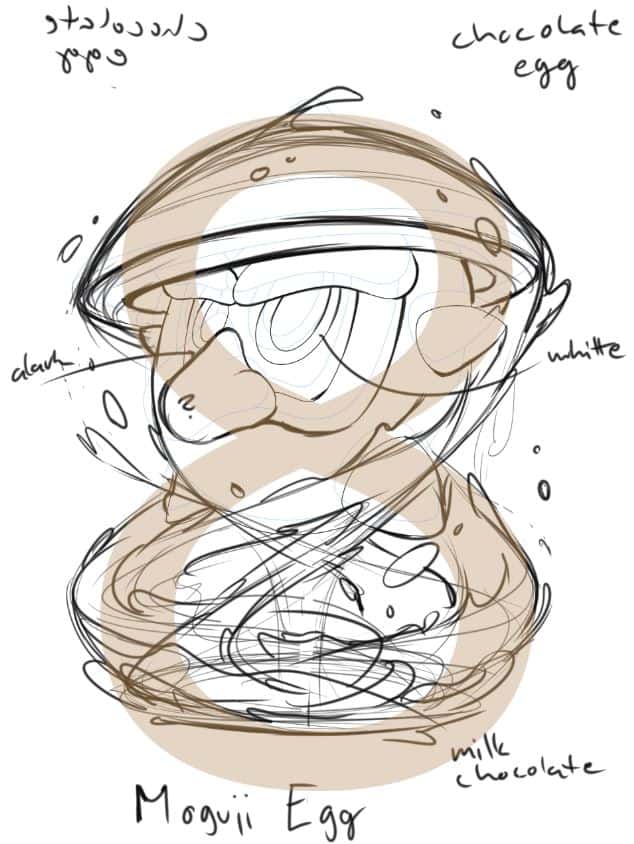 A composition is one of the basic rules or things you should give some thought before going further with the drawing. Here I used 8 shape composition or infinity composition as the chocolate fluid flows really nicely to cover the character. I think the composition and the form do work quite nicely. 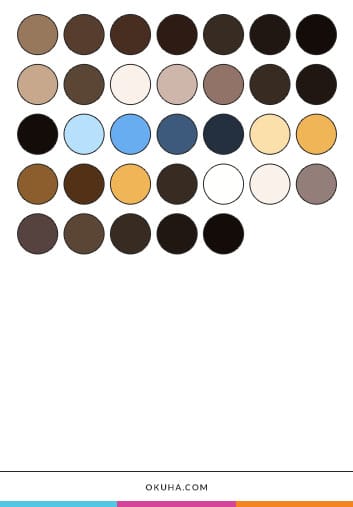 So I completed the drawing and I had a nice design but something was missing, it still wasn’t cool enough. I needed the text. It didn’t take long when I came up with the Chocolate King text to it. Few iterations with the text placement and that’s it.

First I placed Moguji text on the bottom but the words didn’t sound good “The Chocolate King Moguji”, I knew I had to switch the order to the “Moguji the Chocolate King”. Create some cool looking borders for the fonts and that’s it.

The last thing to do was to get the look of the image complete and that was when I came up with the Chocolate Dream pattern. I would use that as the background for some of the products available. I had done the t-shirt design but I could also use the design on many more products.

Creating a pattern with the created design in mind you kind of get two design with one effort so to speak. You can use the dream chocolate pattern on its own on new products or you can use it with the character. Double benefit.

Hopefully, you got some useful tips from this tutorial and hope to see with the next one. 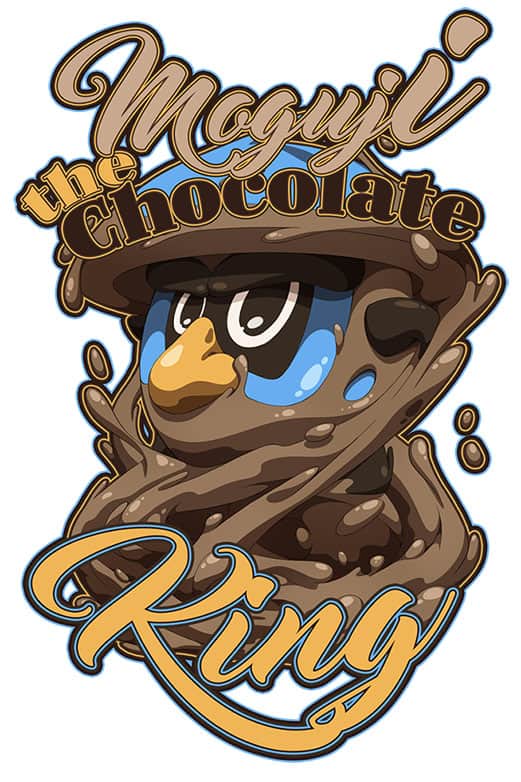 If you want to read more about how to monetize your t-shirt designs, read Create print-on-demand business and make money online article.