The Difference Between Anime and Manga Explained – Anime vs. Manga 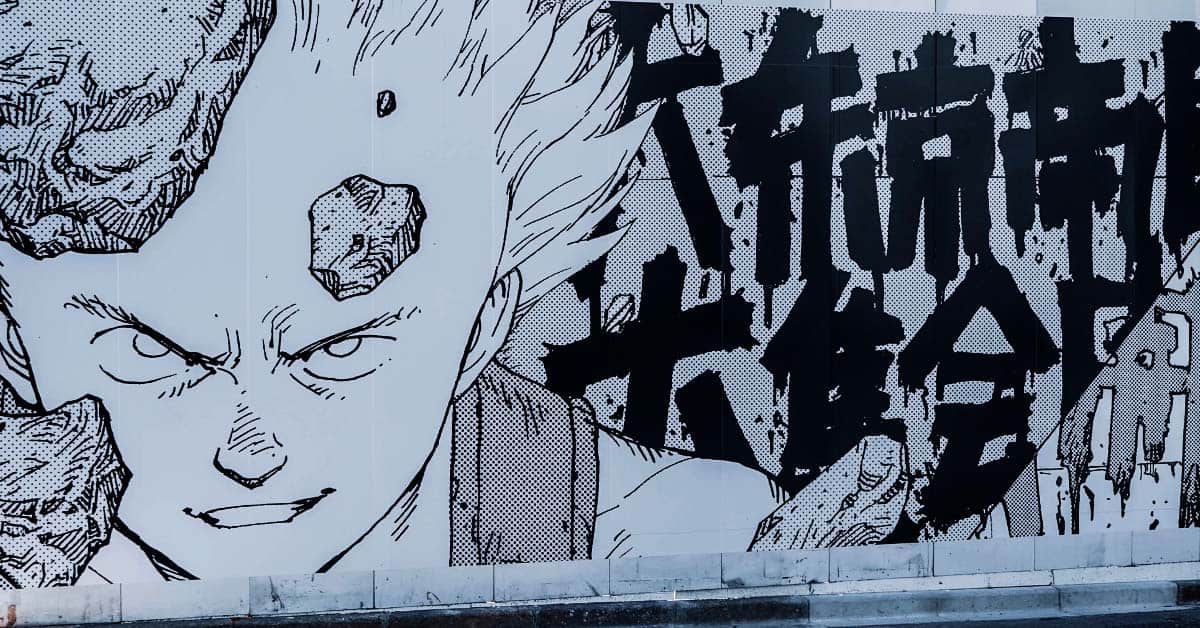 Anime, originally hailing from Japan, has become a sensation all over the world. That’s true for manga as well, although you might be surprised to learn that both anime and manga are no recent art forms.

The first instances of the manga we know and love today appeared in the nineteenth century, and the first anime-style cartoon dates back to 1917.

It didn’t take long for these two entertainment channels to explode like wildfire, first in Japan and then worldwide.

But what is the difference between anime and manga?

Are they one and the same, or completely different? Let’s explore anime vs. manga and what makes up these popular mediums.

What is the difference between anime and manga?

To understand the difference between these two concepts, let’s look at their true meanings in their original language first.

Anime is a Japanese word for animation (it was actually taken from the English language!). The word anime describes all things animated, even things in more realistic styles, as well as kids tv shows. Manga, on the other hand, is a Japanese word that refers to anything comic or print cartoon related.

But outside of Japan, these words are used a little differently!

For instance, someone might see a drawing and say, “That character looks anime!” However, you would also hear, “I heard there’s a new anime coming out in Japan.”

Most often, the usage of the word anime in the US and other countries is to describe an animated, Japanese TV show in the characteristic “anime” style.

Which is better, anime or manga?

Ask fans which format they think is better, and you’ll hear all sorts of conflicting opinions! You might be tempted to say, “I prefer to watch TV, I’ll watch anime,” or “I like to read comics. I’ll just read the manga.”

But it’s not that simple!

Anime and manga each have their own unique characteristics that might make you choose one over the other. Anime, for instance, gets a lot of mainstream representation today on major networks and through conventions.

As appealing as it is, one downside to anime is that it takes a really long time to come from overseas, even in the digital age.

You’ll usually get access to the Japanese version of a show at the same time it comes out in Japan, but it’ll take a longer period of time to be subbed and dubbed (as in, have subtitles added and the audio dubbed with English speakers).

And that’s if the show will ever be subbed or dubbed at all. In some cases, dedicated fans will add subtitles themselves!

But in general, what this means for fans is that unless you speak Japanese, you can be limited in what shows or movies you’ll be able to enjoy. Manga, on the other hand, is quicker to be released, easier to find, and more likely to be translated from the very beginning.

If you’re trying to argue which of the two is better, you can compare it to the age-old debate of music. There’s a long-running band that’s really popular and has a big spot in the mainstream. But, there are some equally great (and maybe even better) bands waiting to be discovered.

Only, they don’t have the record deal that the popular band does! Which do you prefer to listen to?

It’s a joy to find a lesser-known manga, and when they eventually become an anime, it’s fun to watch how the animators bring the characters to life!

Are there any anime without manga?

For most of the anime series out there with cult followings, there will be a corresponding manga (or vice versa).

However, don’t expect all animes to have a manga behind them. What you’ll encounter more often, however, is your absolutely favorite manga that will just seem to never get an anime!

A lot of the top animes started off as mangas that grew in popularity and later received a show. That’s the case with animes like Bleach, One Piece, Naruto, and more.

With Naruto, creator Masashi Kishimoto first debuted his famous character in a “one-shot” manga in 1995. The animated series didn’t come out until 2002!

Not every anime has beginnings as a manga, but you can be quite confident that the majority of anime you come across will be worth your time since they were vetted by fans when they were in print.

It’s interesting to think that a legendary show like Naruto can start off as a personal, one-time project and quickly spiral into a worldwide phenomenon in less than a decade.

With manga, there’s a significantly larger variety of genres, storylines, and translations available. Part of that is due to the fact that manga is much easier to mass-produce and is usually e-reader compatible.

Series also tend to have longer, more complex storylines in their manga version and can expand upon existing anime.

For those reasons, most popular anime have an accompanying manga, whether before or after the series’ creation. However, you’ll still come across anime without any manga (for example, Yuri on Ice).

What does manga mean in anime?

In Japan, the word manga refers to all kinds of comics, cartoons, and graphic novels. That means things like newspaper cartoons, kids shows, and other animations are considered manga!

Outside of Japan, however, the word manga refers to any popular comics that originate from Japan. If you really want to get technical, that familiar art style first originated with Osamu Tezuka, who was a manga artist!

At its most simplified, you can think of anime as a Japanese TV show and manga as a Japanese comic book. While there’s so much diversity to the array of content in Japan, when people refer to anime and manga in the US, it’s usually pertaining to a pop culture work that contains fantasy, romance, or adventure elements. It is marketed to a young adult audience.

Japanese comics and TV shows often have a number of stylistic elements that make them appealing to international audiences and cause them to earn the catch-all title of manga or anime.

The most prominent feature of the anime style is the use of exaggerated facial features, such as eyes or emotive expressions.

A significant amount of detail is put into the character’s clothing and hair, as well as their personality. But aside from the instantly recognizable art style, manga and anime utilize innovative framing and special effects that create a dynamic and engaging experience for the viewers.

The other defining aspect of anime and manga in international culture is the use of character archetypes.

This comes in the form of a young protagonist bored at school whose life is suddenly about to change, or perhaps an unlikely hero who must harness their power to save whom they love.

There are even categorizations for the most tell-tale personality types in popular series: the tsundere, dandere, kuudere, and yandere.

Is anime Japanese or Chinese?

Anime, as we know it, pertains to shows that are created and produced in Japan. Anime originated from Japan and is considered to have Japanese origins and art style from manga comics. Anime, however, is a term used for animation, so in that sense, anime can be produced worldwide.

We also have Japan to thank for the most beloved characters, stories, and films that brought anime to worldwide audiences.

However, it wasn’t long before other countries attempted to replicate the medium.

That’s the case with China, where the term Donghua refers to Chinese animation. It is even mentioned in Wikipedia that Chinese animation had an impact on the godfather of manga, Osamu Tezuka.

You can also find Japanese-style animations in Korea, as well as the USA and Britain! But because of fans turned amateur and individual artists, you can find unique anime from several countries around the world.

Just because anime was created in Japan doesn’t mean foreign manga and anime aren’t good at all. Chinese anime can be an entirely different world from Japanese anime, although in some instances, it can be difficult to find.

In particular, there are several great wars and historical based animes from China that are a must-see for anyone who appreciates anime.

Because of how quickly Japanese anime exploded into mainstream audiences, some might argue that today’s anime lacks the originality or individualism that it used to have.

It’s not unusual to see the same storyline and characters over and over again, although some fans don’t seem to mind. But if that’s the case for you, you can shake things up with some of the great things Chinese anime has to offer.

What’s tricky in understanding the difference between anime and manga is that you’ll often hear the two words interchanged, usually by people who don’t bother to know their real meanings.

But if there’s anything to take away, it’s that these two mediums are certainly not one and the same.

While that’s certainly helpful to the general population, true fans know that there’s so much more behind these pop-culture phenomenons.