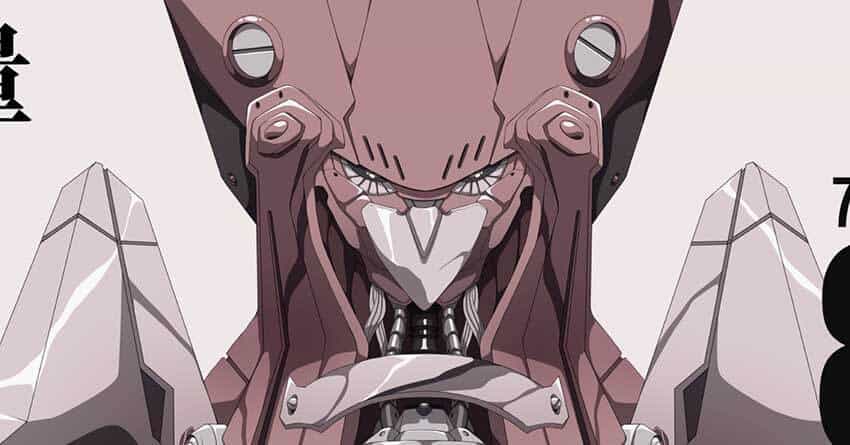 In this art tutorial, I’m going to go through the process of creating a mech, what to keep in mind and how to approach coloring, shadows, lighting, and such. Mechs have always been on my list to draw but somehow never got to the point of actually drawing one.

Mechs are kind of easy to create from the point of that you can just put anything on to them you have to keep in mind to make it look solid. And by solid I mean to make it look metallic and tough to break.

You can also add so many details to a mech and still make it look believable. I guess that is the thing the details that make this drawing so much fun. I have always liked to draw details and make things crisp looking.

Creating this mech was a fun one and what also made it easier was that I had a clear vision of the material the mech was going to be… metallic. That made it easy to create the shapes, and when you bend some forms, it makes it even more interesting because usually metal, iron and such is thought to be in straight line kind of like block like things.

Robots are usually drawn by creating block-like shapes, and so the robots do look slightly different than mechs.

I am not an expert here, but it is how I see things.

What is a Mecha

Mechas resemble humans but have strong robot-like features. It even feels like they have their own spirit. If you think about robots on the other hand. Robots are kind of block-like shaped things as cyborgs/androids are more fluid-like things with strong human-like features, but mechs are something between robots and cyborgs/androids.

Above is my interpretation of mechs and it might be wrong, but then again, it’s how I see these things. But on to the tutorial and drawing.

Reference is the key here when drawing a mecha

Mechs are hard to visualize just from drawing from the mind and imagination, so I suggest you find some references for yourself. An excellent place to start is Pinterest and keyword Mecha. You can also check my Mechs board for inspiration.

When you are looking for a reference, and you see some cool design. Search more from the same artist or the same IP (intellectual property). Gundam series is probably one of the most well-known mech franchises there is.

That would be something to consider as a good starting point. Just gather a lot of references and possibly even create your own Pinterest board if you don’t want to save the images to your computer.

Also picked up quite a lot of inspiration from Patlabor 2 movie. Quite at the very beginning of the movie where Patlabor is introduced. Adjusting camera controls and such. There are some nice bolts and pipes that I used in this piece.

Thinking about composition and layout to nail that mecha vibe

I knew from the start that I wanted to draw a portrait and make it look straight into the viewer’s eyes. Demanding attention and creating that sense of threat but also an opportunity to help or protect the viewer.

This makes the image come together double fast. One of my major goals was to make the drawing dynamic and kind of in your face type. To accomplish that I draw the left and right sides to come towards the viewer to create depth and movement.

You can read more about Composition and Values on Digital Art in this article.

Sketch and keep your mind free

Sketching phase is possibly one of the most critical stages in the beginning. In this phase, you should free your mind and draw whatever comes to your mind. Just draw on to the canvas and have fun with your mind and with your drawing.

This is also the best phase to experiment with different approaches and ways to go with your mech. Look at the references you have if your mind comes blank and has nothing coming up. Just draw what you see in the reference images. Combine ideas from several references, and soon you have some or plenty of ideas on the canvas.

Refine the idea and make the lines live

After the initial sketch is done and the drawing is either one big mess of lines, or it might even have a clear idea behind the lines, comes the phase where you refine the lines and pick the ones you like and ditch the ones you don’t want.

The refining phase should not yet be the decisive phase where you finalize anything, you make sure to draw the lines you want to keep and also make the drawing more cohesive. At this stage, you can also try to modify line width and see if it works with the drawing or not.

Finalizing the line art for your mecha

After you have an awesome refined sketch and it looks just the way you want it. There is nothing to be added nothing to be erased. You feel it now looks awesome, you can, and you should start the line art phase.

Before you pick a specific brush for the line art, do try different brushes and see if there could be a better brush than you have used before something that could give that extra flavor. If you feel that the brush you have selected gives the results, you are going after then start drawing on top of your sketch and have fun.

Tip! For the line width and brush

With this drawing, I did something I haven’t done in a long time. I changed the brush from G-pen to Pencil and it was a good call. The drawing gave me a new experience and it felt good.

The lines weren’t looking so decisive so strong but then again it didn’t have to. I wanted this drawing to look more painting-like than let’s say vector-like. Hard to put into words what I am meaning here but hopefully you get the idea.

I also varied the line width and as I was using a pencil I could more easily control the thickness and strength of the brush also. This gave more life to the line art than what I was achieving with G-pen before.

What should be noted here is that it all comes to the point of what you are aiming for and what style/look you want to achieve with the brush. Choose your brush according to that.

Adding those colors for your mecha

From the get-go, I knew I wanted to color this ”beast” red. However just painting the whole thing with red would have been boring. So I colored different parts with different colors but all from the realm of red, so even the metal parts are red but from the very gray area of the color spectrum.

I also used some yellowish metal colors and light red colors for some parts. It is so easy to use saturated colors as those colors always get the attention more easily than muted, greyish colors. However that was my goal from the beginning, the line art was drawn with a certain color palette in mind, so the line art also complements this color choice too.

I think saturated colors would have worked as well, but I think muted colors work better.

Tip! Use gradients to add that extra depth

For this drawing I used a gradient-like effect which I haven’t used in a long time, don’t know why but just haven’t. I used a super big brush with minimum hardness, however, use the brush on 100% opacity.

Using the brush this way so makes the color depth even for all places. I placed a layer on top of the base color layer, clipped it to the layer, chose a light color, placed the layer on multiply mode, and then just draw light strokes to places where a shadow is thought to be.

Shadows, Light, and Volume to give volume

Mech in my case was metallic and hard surface all the way. This fact gave me the point of using strong shadow color as the material would not disperse the light anywhere. The shapes/objects are either in light or in the shadow.

To make the coloring easier make a one color layer beneath the shadow layers, also remember to choose a light color for the layer so you can see shapes and shadows easier. My mech had this shiny metallic surface, so it was crucial to convey that somehow.

I used this fluid like shadows on top of the surface to convey it was shiny.

If you look shiny metal in real life, you see that it has these weird shapes on its surface and that is because it reflects surrounding environment and because the surface is not entirely even. I don’t have any environment what to reflect the form, so I used the same shadow color I used for the main shadows.

I believe that was what it took to create that shiny surface. When placing shadows the easiest light source is from the top and it’s because the sun is most of the day above us and we are used to seeing objects lit from above. However, if you want to make the drawing slightly more interesting you could use a light source that resides on the side or possibly even beneath the object.

In the initial sketch, I had these texts and thing placed on top of the mech. It was to give the mech some character some anime/manga style to it. I love kanji characters, so it was a pleasure to use those in a drawing.

As this drawing was made using the symmetrical guide tool, it was ok to hide things with the characters and text. The viewer could see the things anyway because it was the same kind of on both sides. I intentionally left the front rather simple so the letters would not cover some crucial parts of the design.

Texts and end effects were added in Photoshop this time. I could have used Clip Studio Paint, but this time Photoshop did the trick. The red variant was a happy accident, and usually, you should keep those.

It made the drawing more sinister and threatening but also created that cool looking effect to it. Overall I am delighted with the result as it genuinely feels like a Japanese mech with all the cool kanji characters and all.

Hopefully, you had a good time with the tutorial and learned new things as that is always my point when writing these to you.