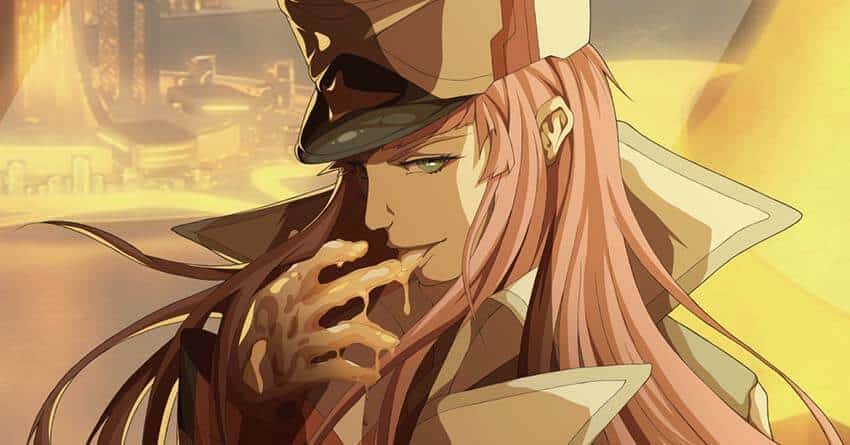 What is going on! I mean, you pilot a mecha with girls ass? And the girls pose in the cockpit? Hmmm, this has to be some Japanese humor…which I totally get!! I mean, the first time I saw the piloting scene, I just lolled. I have to admit, I was hooked from the spot. Also seeing the first mecha fight scene and the iron maiden Strelizia was just awesome.

Character & mecha design, story, character personality, everything is so damn awesome. Zero two especially is very intriguing, that girl is mysterious. As a new fan of the series, Zero Two had to be drawn. How could I not draw her?

I had to search a lot of reference images even though I did know how zero two looked like. Pinterest was once again the best choice here. I tried to search for different expressions. Different outfits, having the coat and suit. Also having a hat and without it. With different keywords, I had a bunch of images in my folder very soon. However, it was difficult to get the right feeling for the drawing. I had quite a clear idea in my head. Getting that to the canvas was a different thing. I wanted zero two to lick the honey from her hand. Trying to get that correct and sexual wasn’t easy.

Getting the right angle to the drawing

Clip Studio Paint has this nice feature called 3D modeling. I use it a lot. It is such a good tool to get something to the canvas and to play with different poses. I do admit that it’s not easy to get dynamic poses with it. With time it is doable. When I was starting the drawing I didn’t feel like drawing. It was slightly forced so playing with the 3D model is fun and you can see something in the canvas. Which always brings some creativity inside you.

Finally when I felt like drawing again. I checked the reference folder and picked some key facial expressions from it. Drawing from reference, I finally had the feeling, look and face in place. Next was the hat, coat, hair, and hand. The last phase was the honey or syrup or whatever that yellow goo is. This was all done with Rough pencil brushes.

Using my always reliable G-Pen Okuha Coloring, I try to find the best lighting set-up. After trying a few variations (visible in the video) I settle for the first one which is the light source being behind. I think this creates the best atmosphere for the drawing. I also know I will be placing a high-intensity light to the background. When doing the shadows as I did, I can create nice fill light afterward. I also created a new brush Okuha Dense watercolor 2 (part of line art mastery online course). This was to get a bit more life to the cel shading. I will be experimenting with this brush later on and see if I can get something new to the cel shading. I think it is important to try new stuff and see if drawings can get better.

As always, hope you liked my short but tasty tutorial and more than anything, do watch the series. It is awesome, funny and interesting.

Available resources for this artwork

Find this and so much more from The Collection.