Is Anime A Cartoon? 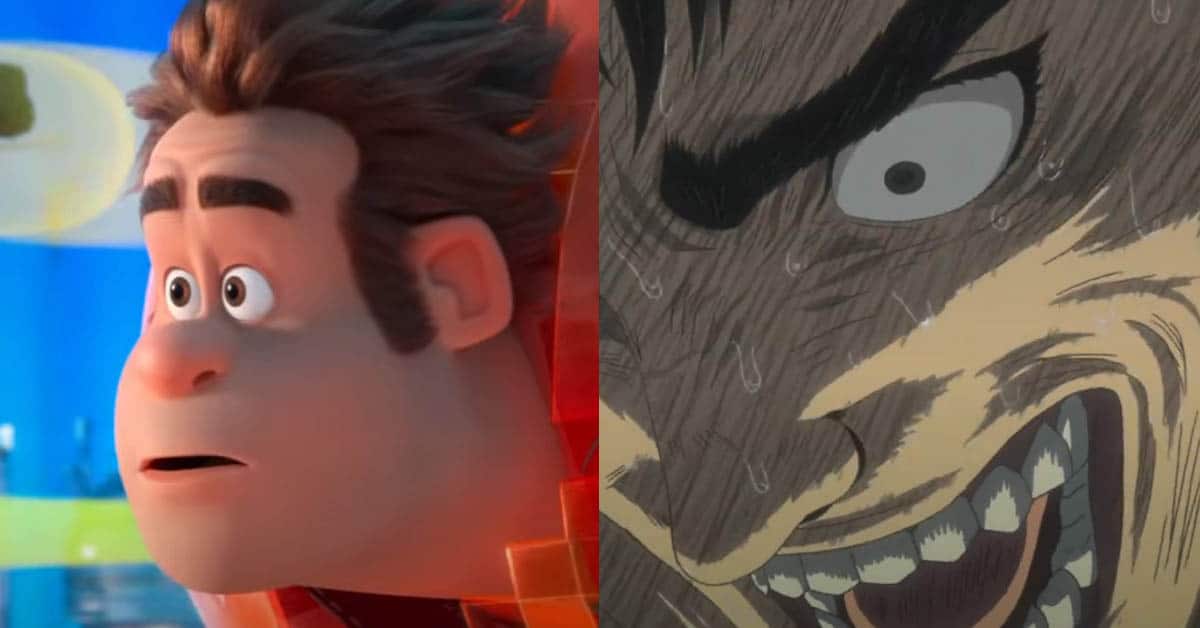 Anime is not a cartoon. At the very least, anime is not just a cartoon from a technical point of view. Most of the online anime fan community thinks it delivers more than what you would describe as a cartoon.

But why? Here are all the details about this seemingly nitpicking distinction.

Anime Is More Than A Cartoon

Since the 60ies, most people used the terms anime and cartoon has interchangeably. At first, anime referred more to the Asian animation style. After all, you could find a whole set of words for western art forms such as comics, cartoons, comic strips, and caricatures.

But soon, differences emerged between the two. That is, for western audiences. In fact, Japanese people never considered them to be the same in the first place.

The origin of the so-called anime-style dates back thousands of years ago. In Japan, the first modern anime was released in 1908. But you can see similar drawings on ancient Japanese screens.

Unlike in the West, Japanese artists shared a different sense of aesthetics. Thus, they used to draw people in a similar style to what you would call an anime today. Conversely, some animes offer a more retro look on purpose while the current market sets new aesthetic rules.

Seitarō Kitayama was the first to introduce anime to the West. In 1917, he created Saru to Kani no Kassen (Battle of a monkey and a crab.) It was the first national senga eiga (drawn movie) ever produced. In reality, he was a painter with a bachelor’s degree in Arts in Western Civilisation.

As artists, Japanese anime directors never underestimated the value of Western arts. But they used those techniques to enrich their traditional style. That is why we have so many different anime styles.

Masaoka Kenzo invented cel animation in the 1930s for a more polished look. Then, later generations had to face a new colossus, The Walt Disney Studios. Then again, World War II further divided the two schools of thought.

The result is what you can see in varying productions:

Japan saw the rise of a big market of readers. These readers wanted more anime and related content. This included mangas, novels, and animated series.

Looking To The Future And Future Profits

Starting with Astro Boy in 1963, anime projects became series. In reality, the Astro Boy anime series was based on the manga with the same name. In other words, anime became a way to popularize successful content. Especially fantasy and science fiction works.

The common thread of early productions was focusing on the future. Of course, anime viewers and manga readers became accustomed to similar content. So, the creators explored new ways to entice the public.

On the other side of the spectrum, cartoons used the same scenario over and over again. You could say that the action happens in a familiar setting. But cartoon characters rarely develop or change to this day. Instead, anime became all about mastering the plot and the public’s attention.

Mazinger Z and Space Pirate Captain Harlock were huge successes. In the 1980s, they were so successful that a new term was born: Otaku. Otakus are people who love reading manga. Usually, they collect everything related to a particular series or franchise.

Akihabara, a commercial district in Tokyo. Soon, local store owners started a new trend by exploiting the fans’ desire for sales purposes. For example, they used anime characters to sponsor their electronics and other products. Sadly, western cartoon characters never got as likable as their Japanese counterparts.

Cartoons never cross some lines. Mainly because producers sell their animated products to family-friendly networks, but anime does not follow the same path.

Devilman and Berserk are examples of violent and graphic anime content. Clearly, the use of explicit nudity, violence, and adult content falls between the plot lines. But at the same time, they are just narrative tools.

Asian culture has its unique values. When you read mangas or watch animes, you get to know that fast. So, when you see explicit content in those works, you understand their meaning.

Unlike cartoons where a punch is always violent, anime characters have their persona. In other words, sex, drugs, and even violence serve to reflect a deeper meaning.

In a way, you can think of anime just like regular movies. But unlike movies, they are not restricted by anything. Voiceover actors can freely dub their lines until they get it right. Plus, Japanese censorship was not so restrictive until anime became such a global success.

What Is A Cartoon?

Cartoons are animated drawings. Normally, they offer stories and characters that entertain children. But sometimes, adults enjoy them too.

The specific goal of a cartoon is to provide the viewers with a way to suspend their disbelief. But the ultimate goal is a return to childhood. In simple terms, most cartoons have no realistic setting. They happen before your eyes, not in a specific time continuum.

Recent animated cartoons improved on this point. For example, Ralph Breaks the Internet is an ingenious cartoon that plays with many real references. Yet, you can feel a distance between the animation on screen and the world we live in.

Unlike anime, cartoons do not want you to think that the two worlds can coexist. Just watch Who Framed Roger Rabbit. That movie can help you to define the boundaries between cartoons and reality.

By the same token, you can find many anime adaptations but not so many similar movies. In fact, anime happens in our world. A specific variation of a parallel world, actually. Using a drawn character to represent the person that character portrays would break its charm.

Most people have a hard time differentiating between anime and cartoons. Mainly because of their overall appearance. But at the same time, many manga artists like Naitō Yasuhiro look up to western comics and cartoons.

Yasuhiro Nightow (Naitō Yasuhiro’s pen name) is the author of Trigun. In the manga, the author himself explains how he was attracted by western comics. So, he integrated that style and made it his own.

Disney used cel animation for most of its feature-length films. In short, they did not bother to invent anything new. But as a result, Japanese animation studios further developed new animation techs.

Artistry and manual labor are also factors that play a huge role in current productions. Successful cartoons like Rick and Morty blunder the lines between the two worlds.

You can still detect the differences and similarities:

Today’s anime is a collection of animation styles and techs that push the limit of visual representation. Usually, they are hand-drawn, just like cartoons. But their immediate goal is to set a time and a place for a story.

Unlike cartoons, anime develops an idea or an event. Just like novelists, anime artists aim to get you involved with the story. They want you to care about the protagonist and see him or her grow.

If you want to understand the relationship between different animes, then watch Akira. Katsushiro Ōtomo directed an animated film that forever changed the anime industry. Since then, many artists have improved on the same techniques you can see in that movie. But you can still notice its legacy.

Finally, you can divide anime into several categories. Unlike cartoons, addressing varying content has its perks. You can classify animes just like books. But some animes are just eye candy. Hell, there is even a whole anime category for animes in which nothing ever happens! These trivial episodes are used to unwind in the evening and rely on stunning visuals only.

Edgy to kinky in under three seconds

Most anime shows employ an Asian sense of humor. By contrast, cartoons display slapstick and physical comedy for the most part.

Japanese animes make fun of their social constructs and rules. Especially those linked to gender roles. Similarly, other Asian anime picked on this type of play by proposing their own versions.

Most anime humor depends on play on words and innuendos. So, you can see many sketches in a row.

Sometimes, the artists use different drawing styles to separate the events:

Most cartoons and animes use catchphrases. But only anime strives to set specific patterns or behaviors, for example, the ninja running style of Naruto or the hand position of a Kamehameha as in any Dragon Ball.

All narrative tactics are geared towards a full immersion in the anime world. Instead, cartoons rely on humor as a means of entertainment. In a cartoon, no gimmick belongs to a more complex narrative structure.

You can only compare anime to cartoons. But you should not consider it to be like them. If nothing else, to avoid seeming unknowing as to the differences.

To clear all doubts, you should watch some anime and cartoons yourself—especially those made in the same years. As you will see, there is more going on in two works that came out during the same year.

Whenever you repeat this experiment, you will find out more and more points of divergence. By the third or fourth time, you will reach a complete understanding of the typical, more mature themes shown in animes.