Is It Hard To Draw Anime? Answer From A Professional! 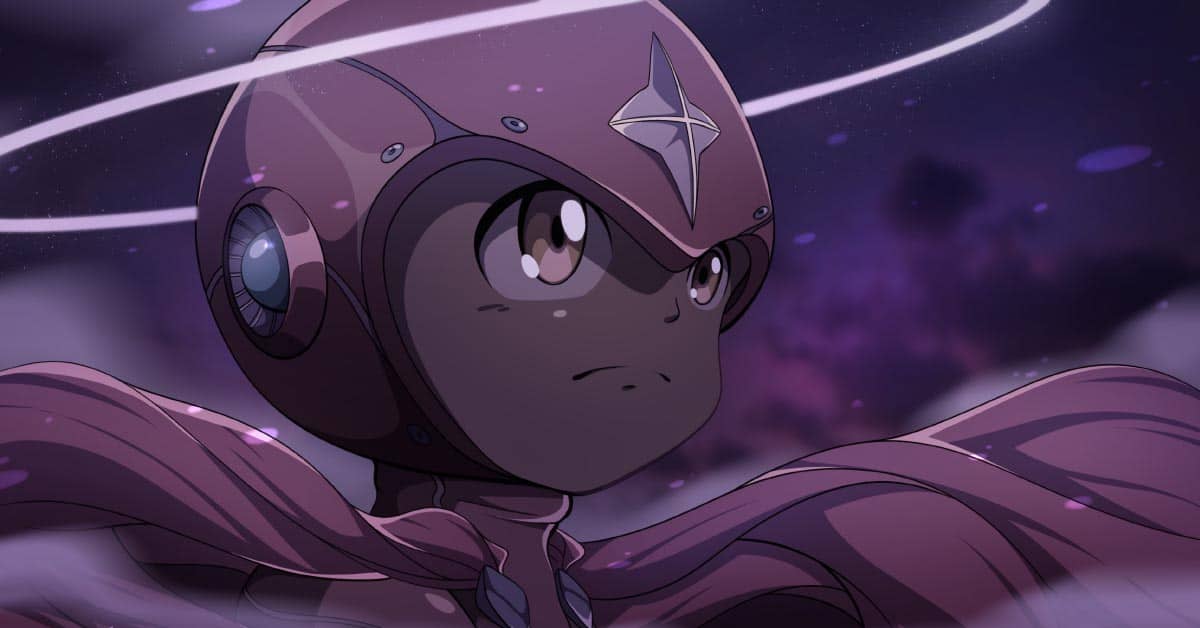 People often look at popular anime art on the internet and comment, “Wow, I could never draw like that. It looks so complicated.” Many anime art fans say that they wish they could draw like their favorite artists, but the learning curve is just too steep.

Is it hard to draw anime?

The answer is yes, but not in the way that you’d probably assume. Anime relies on the basic concepts of anatomy, perspective, lighting, and more that you’d find in any art style. What that means is that drawing anime is no more difficult than drawing in general. However, unlike attempting to draw realistically, anime’s use of simplified forms and anatomy makes it a better option for beginners.

Hard to Draw Anime…or Draw Anything?

You can’t learn how to draw anime without learning how to properly render people, figures, and objects.

However, that doesn’t mean you have to be able to do it perfectly. One of anime’s defining characteristics is the fact that it takes the human form, expressions, and proportions and simplifies it.

You are given more creative liberty when it comes to the physics of reality (seriously, how does Goku’s hair even stand up like that?).

If you’ve ever sat down and attempted to draw a human figure as realistically as possible, you’ve probably found that one small mistake can lead to a cataclysmic chain of errors, resulting in a drawing that just doesn’t look quite right.

Drawing an anime figure is a completely different experience.

A nose or a mouth is often indicated by a small line, and the head takes on a rounded, more vague shape.

In drawing realistically, getting the size or the shape of the head incorrect will completely tank your drawing, but in the anime art style, these dimensions are yours to play with.

Regardless of what style you draw in, the basic art fundamentals will serve as the foundation for your work. That means having anatomy, color theory, perspective, light and shadow, composition, values, and more in your toolbelt.

Anime operates under a basic suspension of belief when it comes to anatomy and physiology. The simplified human form and physique are easily picked up by beginners.

For getting the right proportions, anime artists, cartoonists, and traditional artists alike utilize the “rule of heads.” If you go by the average size of a human head, a person is about 7.5 heads tall.

You can use this rule to your advantage to determine the length of the arms, torso, and legs.

Regarding faces, anime is known for its characteristic simplification of facial features, including eyes, the nose, the mouth, and even some expressions.

Emotions such as anger or surprise are often simply indicated by a symbol (i.e., a teardrop).

Some anime artists are exclusively dedicated to black and white line art, and that’s always a great place to start.

Others take black and white line art and make edits to add and enhance the color. When it comes to color theory, anime follows the same rules and ideas as traditional art.

But the anime art style seems to really favor bold colors, including those opposite from each other in the color wheel.

This adds dimension and eye-catching drama to a piece, which is more than fitting for anime art.

However, for the most part, anime doesn’t indulge itself in ultra-realistic shading or depth of color.

You can get away with using a single shade for a character’s skin color, for example.

Anime, as a 2D art style, adds simplicity to the otherwise difficult to navigate world of perspective.

While more intricately drawn pieces of anime art feature poses and shading that highlight perspective, the most essential anime art style does not rely on any of this. For one of the most challenging aspects of art and realism, anime gives the beginner a break.

Anime artists, both amateur and professional, rely heavily on shading to give dimension to their figures.

However, in obeying the refined, simplified forms of this art style, shadows and depictions of light are typically very blunt and even polygonal.

One common example is the triangular shadow often placed beneath a character’s chin. Or, you might see bands of light falling bluntly across a character’s hair.

Even these simplified forms of light and shadow can make the anime art style more engaging.

Composition in art refers to the placement of the subject and objects around them.

In photography, it’s all about framing and creating an interesting, dynamic shot.

The composition is a critical component of all art styles, including anime.

A well-placed silhouette wearing a luxurious kimono on the left, offset by stunning sakura trees, is an example of how anime artists can utilize the environment of a piece to draw attention to the subjects within.

Artists are often taught how to correctly render the values of an object by drawing a sphere emphasizing the shadow around it, the dark undersides, and the reflection of light on top that indicates that it is a three-dimensional object.

As with light and shadow, the values found in the anime art style are often drastically simplified and often call for the use of polygonal shapes, as mentioned earlier.

As anime is a 2D art form, there’s little need for realistic gradients of color to indicate the roundness of objects.

However, for more intricate aspects of a figure (such as the hair), artists will often manipulate color values to convey the shape and style.

This is easily seen with cel shading, where the shadow color is either emphasized or lightened, creating values that create the 3D feeling to the drawing.

Why Anime Art is a Good Place to Start

You don’t have to have a killer foundation in ultra-realism or even drawing in general in order to try your hand at anime art.

That’s because anime is a great place to start for artists looking to learn how to draw effective poses and master the perspective of the human body.

Anime not only simplifies forms and reality but even things like perspective and shading as well.

Many beloved anime artists picked up their skills by simply imitating their favorite characters or tracing over another person’s drawings.

Anime’s simplistic style allows you to convey challenging expressions with ease, such as anger (by using the 💢 symbol, which represents popping veins), blushing (by using rosy cheeks or three lines under the eyes), embarrassment (by putting a sweat drop 💧 beside the character’s head), or confusion (by putting swirls in the character’s eyes).

These techniques are often referred to as anime’s “visual language,” which is a key aspect of the art style that is continuously evolving.

There’s a wonderful assortment of materials out there aimed to help people of all abilities master the art of anime drawing.

With the huge variety of books and courses out there on the web, you really can’t go wrong with any of them.

One of the most popular authors of these guides is Christopher Hart. Christopher Hart is an incredibly talented anime artist, and his guides have thousands of 5-star reviews on Amazon and across the web.

Not only does he do a great job of giving clear and easy-to-follow guides, but he offers more in-depth guides that focus on certain niches of anime art, such as fashion or drawing chibis.

If you’re a true beginner, then his guides are great to “grow up with.” His beginner guides will help you nail down a solid foundation (and start drawing anime right away), whereas his other guides increase in skill and difficulty for advancing learners.

If you’d rather learn by taking a course, you might want to check out The Collection by Okuha, yes me! It’s designed for beginner artists that want to learn how to draw anime art.

If you’re completely new to the concept of drawing anime, it’s best to avoid shelling out big bucks for popular art supplies like Copic markers or high quality colored pencils.

You might want to start with a traditional medium, and for that, pencil and paper are all you need for practice, and you’ll want to practice a lot.

Take a sketchbook with you everywhere.

Sketch everything you see, but remember, it doesn’t have to be perfect. Scribble down basic shapes and keep going over and over again until you nail down basic forms.

This will radically improve your perspective and rendering skills. If you are willing to invest a little money with your art, however, you could consider getting a tablet.

A standard USB drawing tablet for your computer is fine, but a more popular choice is an iPad and Apple Pencil.

Apps like Procreate will allow you to experiment with thousands of brushes, drawing tools, and added luxuries such as opacity and layers.

You can even find free anime pose references online, import them into an app, and trace over them as a foundation for your character. This is a great way to learn anime forms and perspectives.

Anime, like many art styles, is built on the foundation of the fundamentals of rendering, and it takes time to both learn and master these things.

That doesn’t mean it’ll take a long time, however. If you put in enough practice and dedication and actively try to apply what you’ve learned, you can begin drawing amazing art right away.

People who say they’ve been trying to draw for years without any success have critical errors in their learning process and application.

Grab a great guide, some paper, and just start. If you stay at it long enough, you’ll be impressed by the results.

When you are ready to take it to the next level, consider getting a digital drawing tablet and Clip Studio Paint Pro.

That’s what I use and what I recommend for aspiring anime artists like yourself. 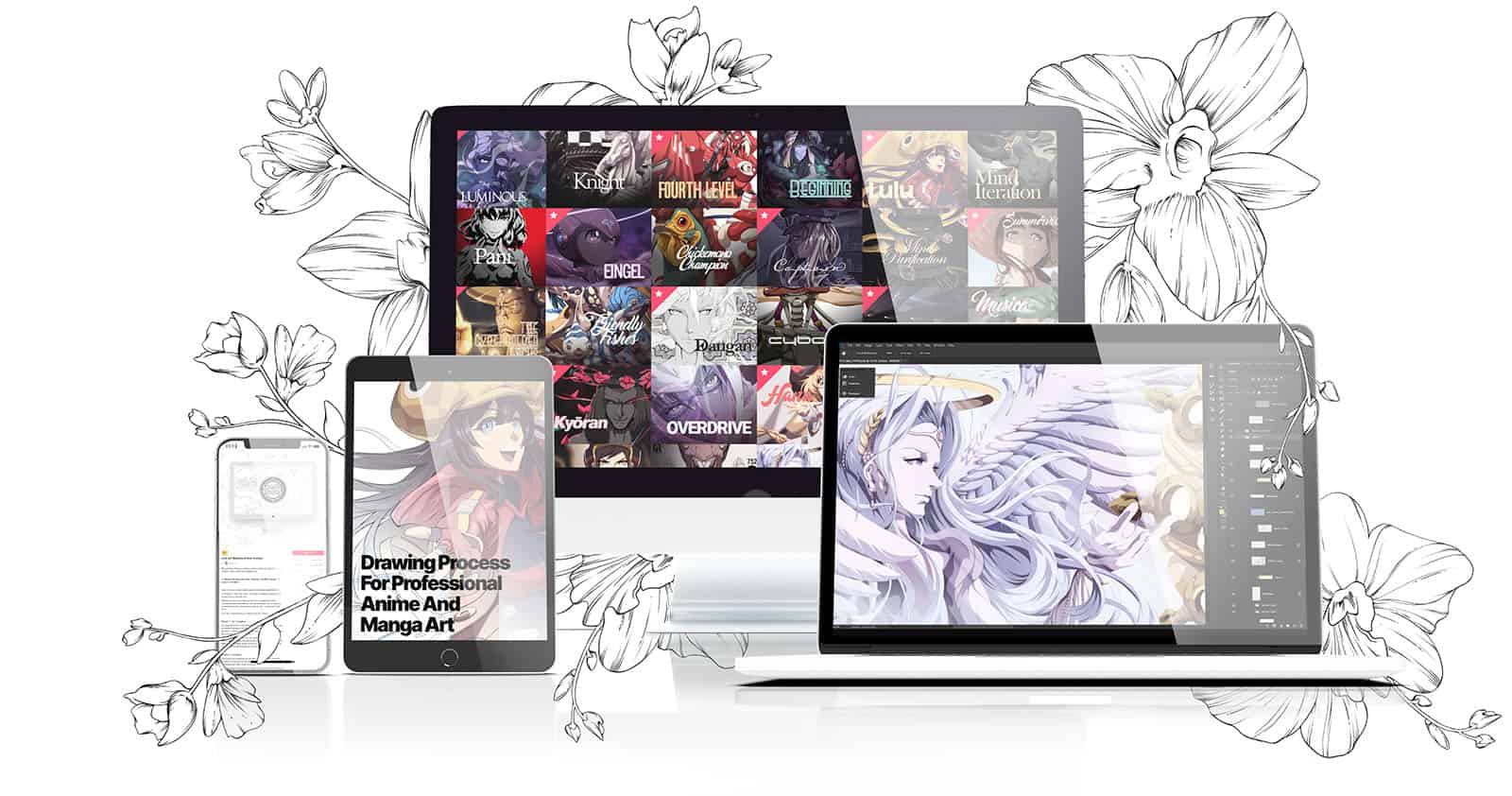