The Most Famous Anime Artist Ever 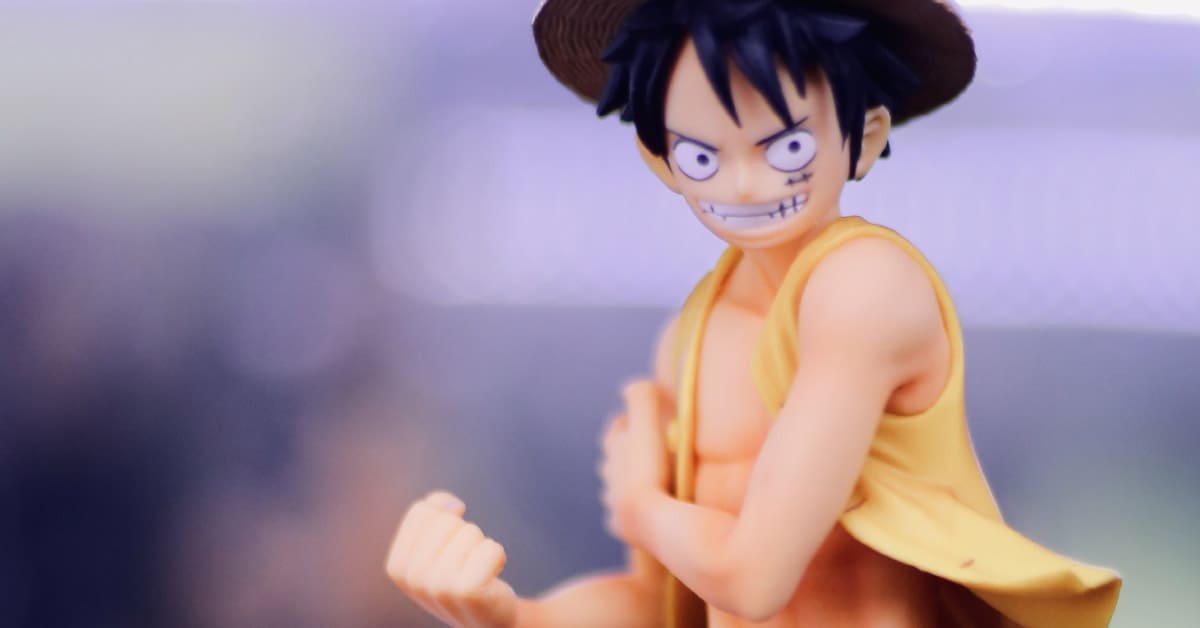 Surely, thanks to Japanese manga and anime, you’ve enjoyed great stories that have taken you out to other worlds through your imagination, right?

However, many times we only talk about “the work,” and the author is left aside a bit, who is the creative machinery thanks to which you can enjoy your favorite hobby.

I invite you to learn more about this prodigious author and his work, as well as other authors who have been key in the development and dissemination of the wonderful manga and anime.

The number one (#1) anime in the world – One Piece

One Piece is a manga and anime work by author Eiichiro Oda. Its publication began in Shueisha’s Shonen Jump magazine in 1997, while its anime version began in 1999 on behalf of Toei Animation and Fuji TV.

Basically, One Piece is a story about pirates. It tells the story of Monkey D. Luffy, who is a 7-year-old boy who accidentally ate one of the “Devil Fruits,” which turned him into a rubber man – literally – but took away his ability to swim.

The story begins when the “World Government” executes Gol D. Roger, the self-proclaimed “King of the Pirates.” But just before dying, he mentions the existence of a great treasure called “One Piece,” bequeathing it to whoever finds it first.

This event started the “Great Age of the Pirates,” launching countless pirates towards the Grand Line (a kind of sea) in search of that mysterious lost treasure.

Ten years after this event, Luffy, inspired by the pirate Shanks “Akagami,” decides to go out to sea to get the One Piece and become the new King of the Pirates.

On his journey, Monkey D. Luffy will have to face many adversaries, meet many characters with great charisma, and live exciting adventures, all loaded with large doses of humor. An irresistible combination for any anime fan!

The best anime artist in the world – Eiichiro Oda

Eiichiro Oda is a Japanese mangaka known mainly for his One Piece series, which has achieved a Guinness world record for being the best-selling manga work of all time: more than 450 million copies worldwide!

Eiichiro Oda began his career as a mangaka at age 17 with his work Wanted – a cowboy story – for which he won a large number of awards, including one edition of the Tezuka Awards, a very important prize in Japan.

Thanks to all these accolades, he managed to get a job at Weekly Shonen Jump magazine, where he initially collaborated with Shinobu Kaitani on the “Suizan Police Gang” series, and then with Masaya Tokuhiro with “Jungle King Tar-chan” and “Mizu no Tomodachi Kappaman.”

When he was 18, he achieved great success with his first professional work, “Kami kara Mirai no Present,” published in 1993.

At 19, he dropped out of college and moved to Tokyo in 1994 to start working as Nobuhiro Watsuki’s assistant in the series “Rurouni Kenshin,” and also during that time he made “Monsters” for a seasonal magazine called “Autumn Special.”

It was around this time that Oda drew some pirates from a one-shot story called “Romance Dawn.” This was published in Akamaru Jump and Weekly Shonen Jump, but it was in this story that he used Monkey D. Luffy as the main character for the first time.

Eiichiro Oda has won several awards along with his professional career, including:

Also, he has been considered in Japan as the fifth favorite manga author of that country, along with Yoshihiro Togashi, creator of the famous “Hunter x Hunter” and “Yu Yu Hakusho” series.

Although One Piece was created in 1997, it has been one of the few mangas that have managed to reach close to 1,000 chapters, surviving so many years and maintaining a large number of sales at the same time.

Likewise, the manga has had an animated version since 1999, which has never been interrupted over these 20 years.

Today, the manga has almost 100 volumes, while the anime – made by Toei Animation and broadcast on Fuji TV – has had a total of 954 episodes (at the time of writing this article) since 1999.

In addition to this, it also has 16 films and many collaborations, specials with other manga, and Netflix is also planning a live-action production – coming soon.

In a survey carried out by the Japanese Culture Agency, One Piece reached number 11 among the most popular manga in that country, and the anime has received several accolades, reaching number 6 in the ranking published by TV Asahi on the “100 most important anime of all time”.

Eiichiro Oda was born on January 1, 1975, in the Kumamoto prefecture in Japan, Capricorn sign (and rabbit according to the Chinese horoscope).

Oda began drawing manga when he was only four years old, in order to avoid having to get a job in an “adult company.”

According to his own words, as a child, he was inspired by pirates and aspired to be a Manga artist. He recalls that his interest in pirates was probably inspired by the animated series “Vickie the Viking.”

Oda continued to develop his art style for many years until he was 17 when he submitted his work “Wanted” to the competition, and this earned him several awards.

Thanks to this, from the age of 18, he began to reap successes with various works, working first as an assistant for several professional authors – yes, he also collaborated with Akira Toriyama, and later creating his own manga.

It was finally in 1997 when he made One Piece, which first appeared in Shonen Jump magazine. This series received the “Hot Step Award,” an award given by Shueisha each year for the best work published in the magazine.

According to Oda himself, One Piece was inspired by Akira Toriyama’s Dragon Ball, and Dr. Slump works.

One Piece is, according to Oda:

“A story of a world dominated by pirates who do what they want and fight for what they believe in.”

In 2002, the Shonen Jump Tokyo Festival performed a live-action musical of the One Piece anime, in which Inaba Chiaki (current wife of Eichiiro Oda) participated by playing the character of “Nami” with a cosplay.

It was at that event where the couple met: she was 24, and he was 26. After two years of dating, the couple married, and in May 2006, Chiaki gave birth to a girl, Oda’s first daughter. Later in 2009, the couple had their second daughter.

Oda is known to be a very reserved person with his personal life, avoiding being photographed most of the time, and he also doesn’t like giving many interviews.

Also, and according to himself, he only sleeps three hours every night due to his intense work routine. And to top it all, he lives separately from his wife Chiaki and his two daughters, who visit him once a week at his workplace, while Oda visits the family home only on vacation.

Some curiosities about Eichiiro Oda:

While Eiichiro Oda can be considered the most famous anime artist alive today, there are other anime artists too that deserve high praise.

The below mentioned artists and animators are ones that are considered well-known in the world and especially in the anime world.

Osamu Tezuka was born in Osaka in November 1928, and from the beginning, he was the main promoter of the development of manga and anime in Japan; even today, he’s considered a reference for many artists of this genre.

Tezuka is often called “The Father of Manga” or even “The God of Manga” (manga no kamisama) due to the quality of his production and the influence of his techniques.

Tezuka developed the “Tankoubon” format, which is currently used around the world for manga publishing, and such was the impact of his works that today, the basis of his style remains in the new Japanese authors.

Even the big eyes that are so characteristic of the manga and anime constitute a legacy of Tezuka!

Some of his best-known works are:

Osamu Tezuka passed away on February 9, 1989, and since 1997 the “Tezuka Osamu Cultural Prize” has been held annually in Japan, an award given to those mangakas who follow Tezuka’s vision.

Akira Toriyama is known primarily for his works by Dr. Slump and Dragon Ball and for the character design of the Dragon Quest and Chrono Trigger video game sagas.

Toriyama debuted as an author in 1978, but it wasn’t until the 1980s that he began his true professional career with the Dr. Slump series.

However, it was with his Dragon Ball series that he truly became a world-renowned manga and anime author, rising the highest ratings in every country in which it was transmitted, becoming a true cultural phenomenon – it’s sure that you’ve ever yelled “Kame Hame Ha!”

Hayao Miyazaki is considered an animation genius in Japan and other countries as well. He’s also the most important Japanese filmmaker of the last fifteen years.

His films have their own unique style and have been received without exception with great successes from critics and audiences.

Among his most important works, you can find:

With this last film, it won an Oscar in 2002 in the category of “Best Animated Film,” becoming the first and only anime to achieve that.

In 1985, together with Isao Takahata, he founded Studio Ghibli, which has produced more than 20 films.

Hajime Isayama is best known for his work “Shingeki no Kyojin” (Attack on Titan), a work with more than 100 million copies in distribution only in Japan, and which has already sold more than 2.5 million in the United States.

In 2006 he published in Kodansha a first chapter of what years later would be “Attack on Titan” or Shingeki no Kyojin – which was rejected. After much insistence, finally, in 2009, he was able to publish his work in Shonen Magazine.

Isayama has said in numerous interviews that the manga that has most influenced him in his career has been “Project ARMS” by Ryoji Minagawa, with whom in 2014 he was able to post a one-shot on Kodansha.

He also commented in an interview that the science fiction video game, “Muv-Luv Alternative,” had given him several ideas to begin the Titans story.