Cel Shading – Everything You Need To Know 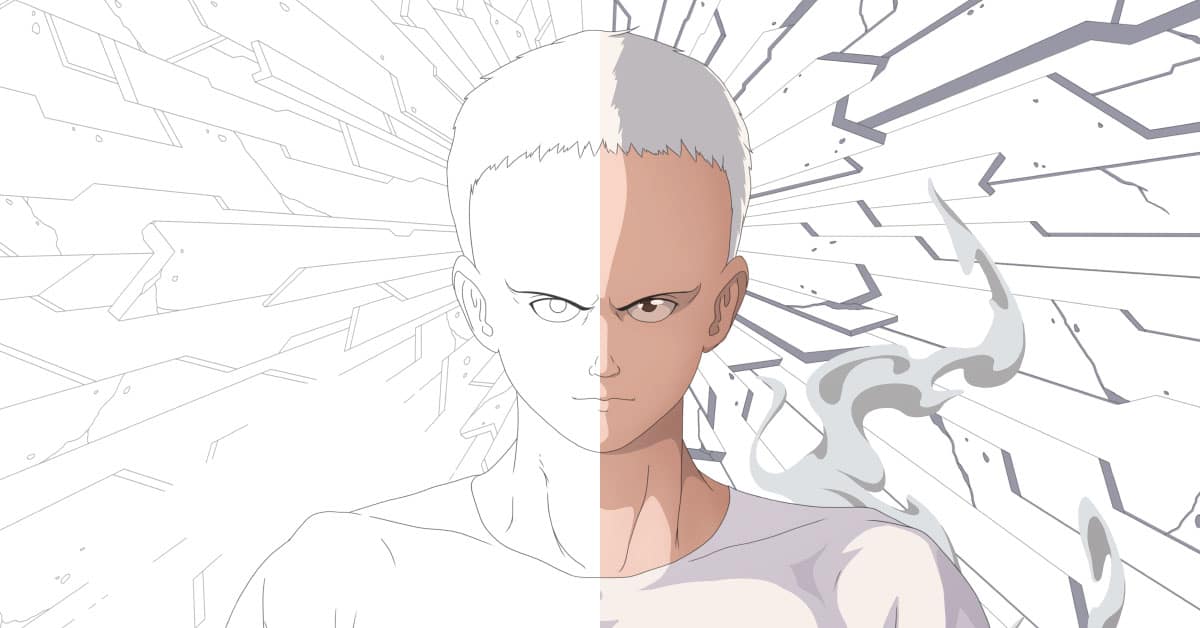 Have you ever seen a piece of artwork, probably in a video game or anime film, and noticed that it seemed unique? Now, if you’re not exactly sure about what I mean by unique, I’m referring to those aspects within an image that makes it seem hand-drawn.

Why is this unique? Because with 3D rendering, this style can be quite a challenge.

Cel shading or toon shading is an art style of non-photorealistic rendering designed to make 3D computer graphics or artworks look three dimensional by creating flat colors on top of a base color, making the object look three-dimensional while still keeping that 2D effect in it.

In this article, I’ll be showing you everything you need to know about cel shading. If you’re someone who loves anime/video games, or even someone who is just curious about this type of artwork and rendering style, you’ll definitely want to pay close attention.

Also, everything will be broken down into easy-to-read sections, this way you can skip around if you need to. Sections covered:

Where did cel shade originate?

Cel shading originated during the early 21st century. Now, while this may be the case, there are examples of early cel shading that date back as early as 1996.

The reason that this is such a recent innovation is due to the fact that it’s actually quite difficult to pull off correctly.

So, in short, yes, cel shading is a recent innovation for 3D images, games, and artworks.

This is due to the fact that a lot of Japanese anime films were designed to resemble those cartoons. This trend did take some time to become popular, but as the 21st century progressed, other media hubs like the United States and South Korea got involved.

It’s also important to note that anime is really where this style took off.

Now that you’re familiar with how cel shading came to be, many of you are probably curious about the name. I get that, so in this section, I’ll break down the reason why this form of art is referred to as cel shading.

So when you think about cel shading, what it comes down to is the image’s resemblance to a hand-drawn cartoon.

How cel shading name came to be?

Cel shading actually got its name based on the type of material that it’s drawn on. This is due to the fact that cel shading is done on something called celluloid, which is what was used in traditional cartoon drawings.

This celluloid is traditionally used for painting within 2D artworks, and the name cel shading came from shortening the name down. So while it could have been cell shading, it’s not. It’s called cel, not having the second l-letter in it.

So while it may be a digital concept, the name pays homage to the original cartoon crafters from way back when. Especially anime crafters.

What was the first cel shaded game?

Now that you know a little bit about what cel shading is, it’s time to look at cel shading from a gaming perspective. Therefore, in this section, we’re going to take a look at the first even cel shades video game.

As we mentioned earlier, cel shading became quite popular due to the shades and design that it gave. This is due to the fact that cartoon-like shapes and textures became popular once again, and many video games began using cel shading as opposed to more traditional methods.

Now, the first game to ever use cel shading as the art style was Jet Set Radio, and the game was released in the early 2000s by Dreamcast. This was a bold move by the game designers, but the trend definitely stuck around, and many companies followed suit.

The first game was definitely Jet Set Radio, but many of you are probably more familiar with The Legend of Zelda: Wind Walker.

What about some other games that incorporate cel shading?

If you’re curious about some of the other major games that have used cel shading, say no more. Here is a brief list of some very popular cel shaded games:

A lot of people have been asking about whether or not the game series Borderlands is cel shaded. This is due to the fact that the company released a statement claiming that they used a different style of shading.

Now, based on what they said, we would definitely suggest that their technique at least mirrors most aspects of cel shading. So, to be blunt, we’ll sit back and let you be the judge of that one.

Cel shading has definitely grown something of a cult following, and they definitely look great when done the right way. The outline, designs, and images rendered from them can definitely leave an impression on most artists.

I know that I went over a lot of information in this post, but when it comes to cel shading, there is a lot to look at. This is why I want to make sure that you’re well informed, and hopefully, I answered all of your questions as well.

Now -with that being said- if you ever feel lost, you can always refer back to this post as a guide. Plus, if you want to share some cool fun facts with your friends, it might help to keep those facts fresh.

Now if you are interested in creating cel shaded anime art, then I suggest you look at my Patreon page and see if it’s a good fit for you.