Which Came First – Anime Or Manga? 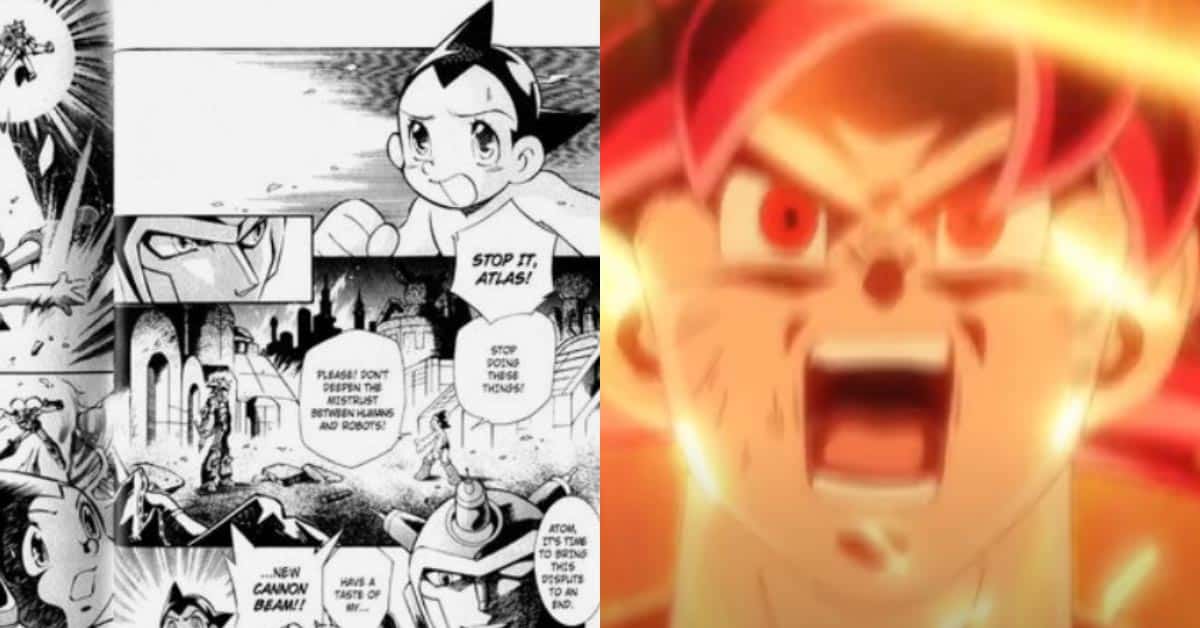 The earliest forms of manga date back to the end of the 12th century in the form of scrolls. Anime, on the other dates to 19th century Japan. So manga did come before anime, after all. Manga as a word came to known in the late 18th century and is translated as comic. Anime, or the first animated film in Japan, was made with chalk by Shimokawa Oten.

It didn’t take long before manga became a worldwide phenomenon. So, who created manga as we know it, and when did anime come along?

The Short History Of Manga

Manga, referring to the Japanese comics and graphic novels that are popular today, has been around for far longer than some might think. The trademark style and layout of manga has been traced back definitively to the late 20th century with the appearance of kibyoshi, or early style comic books.

However, some people suggest that manga was being produced and enjoyed in Japan even earlier, even as early as in the 12th century.

According to one popular theory, scrolls from the Heian period (in about the 12th century) were early forms of manga.

It’s because of these scrolls that we read in the right to left style. It would take quite a few years before we’d have a polished version of the manga we know and love today, but its seeds had already been planted in Classical Japan.

The Man Behind the Madness

Stories that are told using pictures are no new invention. The term manga was being used in Japan as an umbrella term for cartoons and comics for quite some time.

So what differentiates today’s manga from cartoons and comics in general? The answer is the art style, and for that, we have Osamu Tezuka to thank.

Tezuka is the creator of Astro Boy, a beloved manga series that’s been adapted to multiple languages and countries. 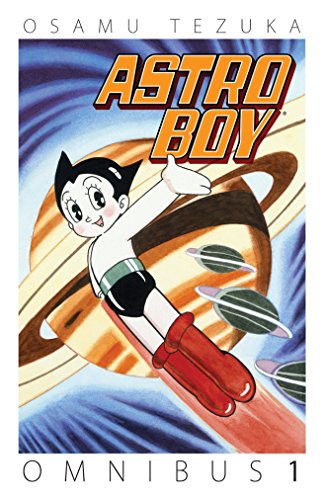 Tezuka was born in 1928 and began drawing from a young age. He’s considered the father of the “manga revolution” in Japan, with his debut manga New Treasure Island.

Tezuka would continue to produce manga all throughout his life to critical acclaim. He’s considered the father of manga and beloved by Japanese people today.

He died at the age of 60 due to stomach cancer and was mourned by his thousands of fans.

Tezuka was unique because he had a characteristic drawing style. He was fascinated with brilliant and large eyes and tried to incorporate this into his characters. He was a fan of Walt Disney and borrowed many style elements from him.

Tezuka went on to university to become a doctor, but he never quit producing manga. The impact of his work remains today, especially with his style. Because of Tezuka, manga become fervently demanded in Japan and subsequently began to follow a particular style.

Manga quickly became a nationwide phenomenon after Tezuka’s initial works. It wasn’t just enjoyed by children like comics and cartoons, however.

Mangas of all genres were being read and written by people of all ages. By the 80s, manga had grown to legendary status.

Still, people like Akira Toriyama had no idea how much bigger the phenomenon would grow. Toriyama was a young artist who set out to have his own manga published in Shonen Jump, a magazine featuring a loose collection of serial manga chapters.

Toriyama titled his manga Dragon Ball, and his first chapter was met with overwhelming success.

His series would continue on well into the millennium and beyond, inspiring scores of spin-offs and even feature-length films. It was also one of the first mangas to be given an anime, something that would completely change the playing field.

Anime as an art form came much later after manga purely for the fact that animation was technological innovation. The first anime debuted as early as 1917 but didn’t catch on immediately as animation was still in its rudimentary stages.

By the 1960s, anime had increased in popularity, especially since it adopted the style of the manga of the time. Before long, anime had become its own massive art form.

Today, the word anime is synonymous with Japanese art, particularly in the style of Tezuka. In Japan, the world anime simply refers to an animation of any kind, even shows that don’t originate in Japan.

A few names dominated the anime scene in its early years. Tezuka turned his Astro Boy manga into an equally successful spin-off. The first feature films were produced, such as Nausicaä of the Valley of the Wind, although anime films were being shown as early as the 60s. 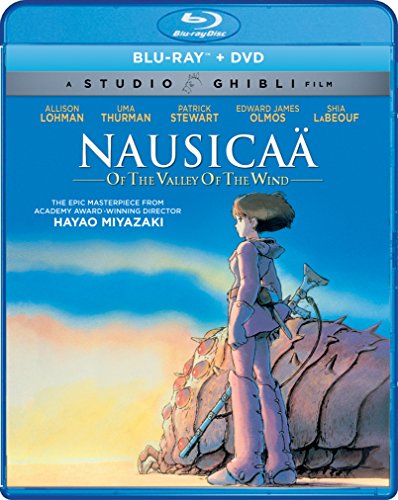 Anime studios began to pop up throughout Japan, one of them being Studio Ghibli. Collectively, anime and manga began to merge and differentiate from each other.

Certain themes became incredibly popular, such as robots. The most successful mangas would go on to become animes, and this trend would continue on well unto today.

Studios that specialized in producing manga were now producing films, and these were extremely popular. The popularity of certain characters sparked an interest in merchandise, which even further segmented the industries.

Soon, anime would become a massive industry in Japan, fueling a significant portion of the economy.

One of the first anime/manga combos to achieve a cult-like following was Toriyama’s Dragon Ball in 1984. Toriyama continued to write and produce manga for Shonen Jump well into the 90s and went on to supervise and direct the anime versions.

Dragon Ball was one of the first series to be transformed into a video game, breaking the limits of what anime and manga could be. Other big names would come onto the scene in the anime and manga world. One of those names is Eiichiro Oda, the creator of One Piece.

To this date, One Piece is the manga with the most published volumes by a single author. Its anime is considered one of the best of all time, as is the highest grossing. Oda found untold success with his stories. He quickly amassed a large fortune and following as well.

Mangakas gained legendary status, and Oda was one of them. Early on in his career, Oda decided to advocate for his hard work as an artist by negotiating for higher royalties and contractual payments.

Before Oda, many mangakas and anime artists never saw the millions of yen that their works produced. Even as merchandise became the standard for popular mangas, studios were notorious for ripping off the creators of the shows. Oda changed that and is now one of the richest mangakas of all time.

Manga Was Created Before Anime

So there you have it. Manga did, in fact, come first before anime. That’s not to say that it’s remained that way, however. Many anime series are standalone, meaning they don’t have a manga that they originated from.

And likewise, many mangas don’t ever go on to receive an anime adaptation.

One thing that has had a major influence on the production of anime and manga was its international success. The demand for Japanese-made shows, films, and graphic novels has increased even more in large part due to international audiences.

It even sparked the creation of anime and manga outside of Japan, using the same characteristic style and terminology.

The Etymology of Manga

Some people have pointed out that this is slightly ironic. Truthfully, the word manga in Japanese is just a catch-all for all things comics and cartooning. The word anime, likewise, refers to animation, which may or may not be in the “anime” style.

But outside of Japan, these terms are used to represent any media originating from Japan that share the popularized style. The word anime has even been used to describe this style, applying to both animated and non-animated works. This is especially the case with countries such as the US and Britain.

Anime sparked a cultural wave that not only placed attention on anime and manga but on Japanese culture in general as well. Likewise, Western elements began to be incorporated into current work, whether by chance or as a way to appeal to Western audiences.

Mangakas certainly had Western fans on their mind. Toriyama led the successful spin-off of Dragon Ball, called Dragon Ball Z, which included English dubs and new storylines. This would go on to be a huge hit, and animes with dubs became a standard for Western audiences.

One Small Island, One Massive Revolution

We’ve only recently become aware of just how revolutionary the history of anime and manga is. It continues to defy genres and expectations, reaching new heights as technology advances.

More historians have taken on to cataloging the tumultuous history of anime and manga, and the details they’ve revealed are surprising.

It’s wild to believe that manga could have existed as far back as the 12th century and could be the reason why we read from right to left today. There’s talk now that anime might have earlier roots than previously thought as well.

With two mediums that have come so far in the last century, it makes you wonder how far it will continue to go. Even if manga came before anime, the two seem to be equal partners now.