Why Anime Is So Popular? 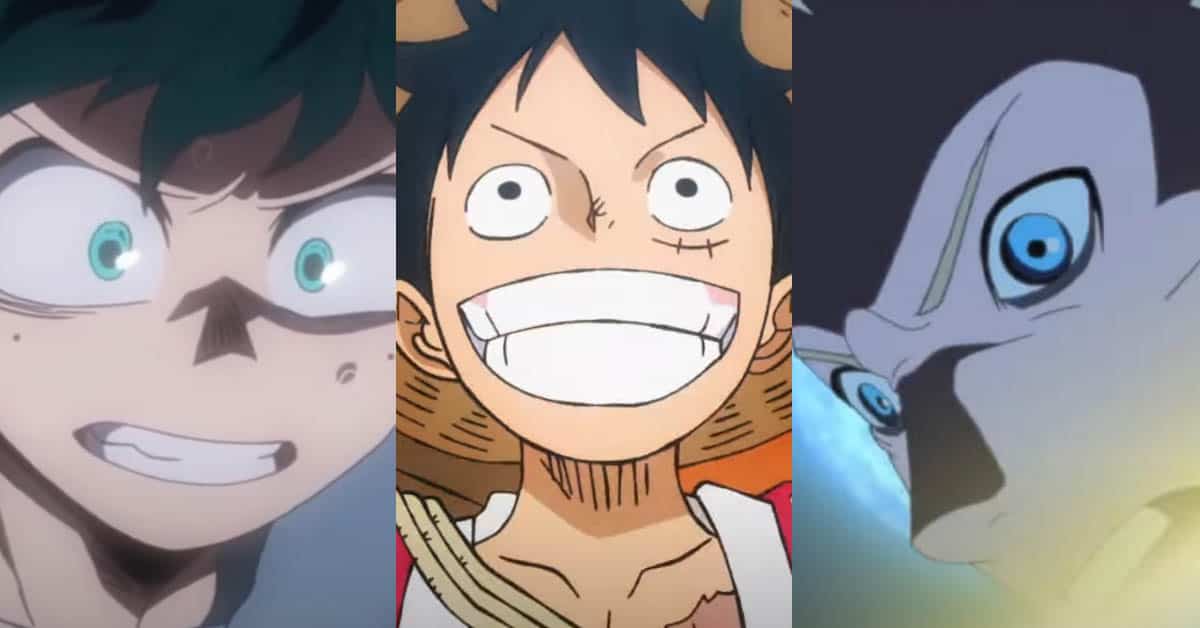 The origin of anime can be traced back to the beginning of the 20th century.

However, it was not until 1958 that an event occurred that would change everything: Hiroshi Okawa, president of the Toei Doga production company, decided to turn his company into the “Disney of the East.”

His plan paid off. By creating an animated feature called “Hakujaden,” Japanese animation began to gain a great deal of popularity, becoming one of today’s most famous cultural phenomena.

But the big question is, why anime is so popular? The reality is that the dreams of the president of a production company cannot be the only reason, but several important factors have made this animation style, both for film and television, one of the most popular of all time.

The reason why anime is so popular is that anime as a pop culture creates truly dedicated fans. Anime as an art form and as a cultural phenomenon is easily picked up, and fans of anime tend to stay fans of anime for years to come. The humor, facial expressions, and the way anime present action and romance makes anime extremely popular.

Don’t worry; we will explain everything you need to know to understand what makes this phenomenon so special.

What is so special about anime?

It is currently estimated that at least 60% of the world’s animated series are of Japanese origin, so the influence of anime within pop culture is undeniable.

Anime culture has penetrated so deeply into the society that Japan’s culture is more recognized for these productions than many other things.

To understand how significant this phenomenon is, we can go back to 2004. In that year, Japan sent tanker trucks to Iraq to help reconstruct this territory. However, the Iraqis felt that the population would not recognize the Japanese flag stamped on the trucks’ sides.

This led to the Japanese government deciding to decorate the trucks with posters of Captain Tsubasa, a popular Anime character so that people would recognize the origin of the trucks.

But what makes it special? The answer lies in the audience. It turns out that anime productions usually have complex and deep plots, so it is common for the audience to immerse themselves in the experience fully.

In anime, the stories are told in a very peculiar way, where plots that are somewhat crazy and different come to light, no matter how risky they seem.

The truth is that Japanese animation studios know that they have a very diverse audience, so they have no problem experimenting with genres, plots, styles, and characters for all ages, from the youngest to the most adult.

The fan bases that these productions garner become extremely loyal. They go to the trouble of expanding Anime databases, creating encyclopedias, theories, connecting events in chronological order, and much more.

Anime producers often pay attention to fans’ cult to be able to extend their universes in other areas, such as movies (OVA), video games, toys, and collectibles, among others.

This group of fans is not only concentrated in Japan, but they are found all over the world, which is why anime is a popular phenomenon around the globe.

Why is anime so popular in America?

Traditionally the American market has been exceptional and, if you like, a bit difficult to conquer by other regions, especially at a cultural level, since this is a territory rich in culture, both at a musical and audiovisual level, without forgetting the animated productions of the region.

However, in recent decades, Americans have experienced a massive appetite for anime. These animations attract audiences of all ages, and little by little, they penetrate into American pop culture.

This is because currently, Americans can access content from other sources, not just from the big television networks.

With the appearance of the internet and independent channels, they have been able to immerse themselves in this type of content. It is one of the reasons why anime is so popular in America today.

Likewise, you should consider that American productions, especially animated ones, are mostly predictable, so the novelty factor is lost. Many themes have little or no representation within traditional American pop culture.

The current popularity of anime in America can be measured by the number of people who attend the conventions each year.

In fact, the Anime Expo, which takes place in Los Angeles (USA), has the participation of more than 100,000 people in each of its editions.

Series like Sailor Moon, Death Note, Pokemon, Dragon Ball, Naruto Shippuden, among others, have a large fan base in the American territory.

Even an anime production managed to win a statuette of the Academy Awards in 2001: Spirited Away.

You can also see the influence of anime on American culture in other areas, such as the great “Matrix” trilogy, whose production is heavily inspired by the style of anime.

Likewise, in the movie Kill Bill: Vol. 1. You can see a complete sequence in anime as part of the story.

The stories told in each anime are refreshing, enjoyable, and even addictive. And being a type of creations that is continuously renewed in its plots, goes beyond the times to which they belong, and has great complexity, it is a sure fact that it will become more popular within America.

Why is anime so addicting?

Many people have a place in their hearts for anime, but why did it become so popular? You can find the answer within this animated format.

On the one hand, the majority of the Anime fanatic audience is adult people. This sector of the population tends to have a busy schedule for daily routines. That is why the format of the Anime series is ideal for them.

Anime series usually last a little over 20 minutes per episode, so each episode is easy to watch and enjoy.

This reduced format makes it much more entertaining or easy to do a multi-episode marathon so that you can enjoy long-standing series in just a couple of days.

On the other hand, anime is available entirely through the internet, on online streaming platforms where you can view it legally. Besides, there is an extensive catalog of, basically, any type of subject.

That is another point in favor of anime, since it does not have a level of censorship as high as animations from other regions, so no matter what kind of tastes you have, indeed there is an excellent Anime waiting for you.

Nor can it be forgotten that, due to the large amount of anime created over time, without pauses, there are many endearing characters with whom it is easy to identify and their stories or plots.

It does not matter if the anime focuses on a universe where all people are half human and half cats; surely, you will be able to identify with any of the beings that appear there and take their lessons for your own life.

Even with a firm and severe personality, each character will be expressive in his own way due to the animation characteristics of the anime. This helps you understand, without the need for dialogue, each character’s emotions and reactions and identify with them on a human level.

Likewise, the animations that are made in this type of productions are usually very detailed, with incredible beauty and visual impact, always accompanied by an emotional soundtrack and an exquisite use of color and effects.

Each Anime chapter is a work of art in itself, and this is one of the reasons that make it unique and addictive.

How popular is anime in the world?

Currently, anime is one of the biggest referents in entertainment, being such an important phenomena that many times they are adapted to Live Action versions with more or less success. That is why every day, more anime is released for the public.

Globalization is one of the main reasons for the entry of anime in the rest of the world, especially in the western world.

With the advent of cable television and later anime to different parts of the world, people were able to identify Japanese cartoons as “Anime” and differentiate it from traditional children’s cartoons.

The animations’ design, the narrations, and their characters have left deep roots in the different countries of the world.

Currently, this market moves millions of dollars worldwide for the rights to transmit the series and for the manga, merchandising, elements for cosplay, collectibles, and much more.

And not only within Japan, but also the production companies export their content to 112 countries.

Almost 90% of the world population is reached by any of the anime productions that exist.

This type of data is provided by the Association of Japanese Animations are not far fetched.

Since the 70s, these animations have been accompanying people of all ages. In addition to entertaining them, it also allows them to learn more about Japanese culture, which has been very attractive to most.

Among the countries where anime is most popular, China, Russia, Brazil, Mexico, Spain, the United States, and, of course, Japan stand out. In these countries, most of the population watch Anime series as part of their entertainment routine.

Anime is here to stay

Although the detractors use any unimaginable argument, the truth is that anime became an extremely popular genre of entertainment throughout the world, to the point that Japan managed to become one of the most desired tourist destinations in the entire world.

The industry has continued to grow. Although there are currently anime production companies in other parts of the world, it is doubtful that they will succeed in removing Japanese anime from the throne.

More and more audiences have access to these animated productions, so it’s safe to say that anime is here to stay.